The Gravity Lecture is an annual public lecture by an inspirational individual ‘who has contributed to society through the pursuit or promotion of science’. The lecture is, where possible, during the Cambridge Festival. The lecture comes with the Gravity Award, designed and created by Nigel Hall RA, and the event is followed by a dinner in honour of the recipient, held in a Cambridge College, and attended by Patrons, Advisors, University VIPs and valued guests. Photographs from the events below can be viewed here.

Unfortunately due to travel restrictions relating to the coronavirus outbreak, Professor Doudna’s lecture was cancelled and will be rescheduled at a later date. Please check back for details

Jennifer Doudna is the Li Ka Shing Chancellor’s Chair and a Professor in the Departments of Chemistry and of Molecular and Cell Biology at the University of California, Berkeley, as well as an Investigator of the Howard Hughes Medical Institute. Her co-discovery of CRISPR-Cas9 genetic engineering technology, with collaborator Emmanuelle Charpentier, has changed human and agricultural genomics research forever. This genome-editing technology enables scientists to change or remove genes quickly, with a precision only dreamed of just a few years ago. Labs worldwide have re-directed the course of their research programs to incorporate this new tool, creating a CRISPR revolution with huge implications across biology and medicine.

In addition to her scientific achievements and eminence, Doudna is also a leader in public discussion of the ethical and other implications of genome editing for human biology and societies, and advocates for thoughtful approaches to the development of policies around the use of CRISPR-Cas9. She has received many prizes for her discoveries, including the Japan Prize (2016), the Kavli Prize (2018), and the LUI Che Woo Welfare Betterment Prize (2019). In 2015, Doudna was named by TimeMagazine as one of the 100 most influential people in the world. 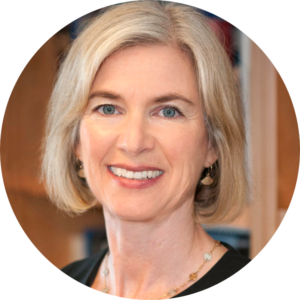 Sir Gregory Winter is a molecular biologist best known for his work on developing technologies to make therapeutic monoclonal antibodies (mAbs). Previously, it had proved impossible to make human mAbs against human self-antigen targets, as required for treatment of non-infectious diseases such as cancer or rheumatoid arthritis – and the corresponding rodent mAbs had provoked immune responses when given to patients. Winter is credited with inventing techniques both to humanise rodent mAbs (1986) and to create fully human mAbs (1990). For his work on “harnessing the power of evolution” Winter was awarded the 2018 Nobel Prize in Chemistry along with George Smith and Frances Arnold. Winter was cited specifically “for the phage display of peptides and antibodies”, the technology that led to the fully human antibody  “Humira”, and which is now the world’s top-selling pharmaceutical drug. He founded three Cambridge-based start-up companies to help develop therapeutic drugs based on his inventions, and his research career has been based almost entirely at the MRC Laboratory of Molecular Biology and the MRC Centre for Protein Engineering, in Cambridge, England. He has been a Fellow of Trinity College Cambridge, and is now Master of the College. 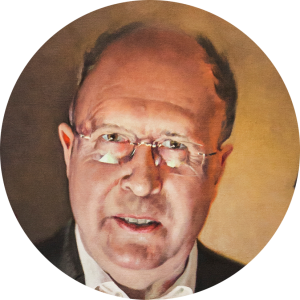 Paul Nurse is a geneticist and cell biologist who has worked on how the eukaryotic cell cycle is controlled and how cell shape and cell dimensions are determined. His major work has been on the cyclin dependent protein kinases and how they regulate cell reproduction.  He is Director of the Francis Crick Institute in London, and has served as President of the Royal Society, Chief Executive of Cancer Research UK and President of Rockefeller University. He shared the 2001 Nobel Prize in Physiology or Medicine and has received the Albert Lasker Award and the Royal Society’s Royal and Copley Medals.  He was knighted in 1999, received the Legion d’honneur in 2003, and for 15 years was a member of the Council for Science and Technology advising the UK Prime Minister and Cabinet concerning science and innovation issues, and is now one of the 6 Chief Scientific Advisors of the EU. 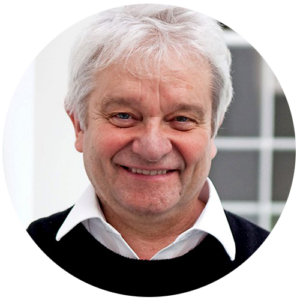 The Cambridge Gravity Award
The Gravity Award was designed and created by Nigel Hall RA. Nigel has had many exhibitions around the world and  has been widely collected. His first tubular aluminium sculpture was made in 1970, and in subsequent years he explored the ways in which tubular construction alters the viewer’s perception of space.  This interest in the qualities of spatial construction was balanced by an equally strong pre-occupation with the particular sites his sculptures occupy. His recent work has been less minimal in feel, tending towards stronger, more solid forms. A solo exhibition of his work was held at the Royal Academy in 2011. 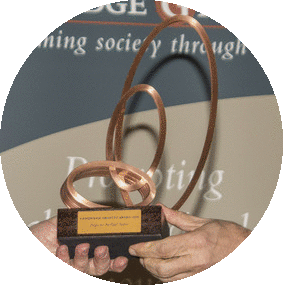 News
Features
Discussion
Spotlight on...
About research at Cambridge

We use cookies on our website to give you the most relevant experience by remembering your preferences and repeat visits. By clicking “Accept All”, you consent to the use of ALL the cookies. However, you may visit "Cookie Settings" to provide a controlled consent.
Cookie SettingsAccept All
Manage consent

This website uses cookies to improve your experience while you navigate through the website. Out of these, the cookies that are categorized as necessary are stored on your browser as they are essential for the working of basic functionalities of the website. We also use third-party cookies that help us analyze and understand how you use this website. These cookies will be stored in your browser only with your consent. You also have the option to opt-out of these cookies. But opting out of some of these cookies may affect your browsing experience.
Necessary Always Enabled
Necessary cookies are absolutely essential for the website to function properly. These cookies ensure basic functionalities and security features of the website, anonymously.
Functional
Functional cookies help to perform certain functionalities like sharing the content of the website on social media platforms, collect feedbacks, and other third-party features.
Performance
Performance cookies are used to understand and analyze the key performance indexes of the website which helps in delivering a better user experience for the visitors.
Analytics
Analytical cookies are used to understand how visitors interact with the website. These cookies help provide information on metrics the number of visitors, bounce rate, traffic source, etc.
Advertisement
Advertisement cookies are used to provide visitors with relevant ads and marketing campaigns. These cookies track visitors across websites and collect information to provide customized ads.
Others
Other uncategorized cookies are those that are being analyzed and have not been classified into a category as yet.
SAVE & ACCEPT